Let’s start talking about supervised learning with an example:

Suppose you have a series of pictures of different animals and you want to separate and classify them into different categories. The first step is to introduce all the animals in the pictures to the device:

The device behaves intelligently based on what it has learned from previous data, first classifying the image of the animal by its size and appearance, confirming the image, and placing it in the rabbit category. So the machine learns things from educational data (images of different animals) and then uses the knowledge gained to test new data (new images). This algorithm is called supervised machine learning. 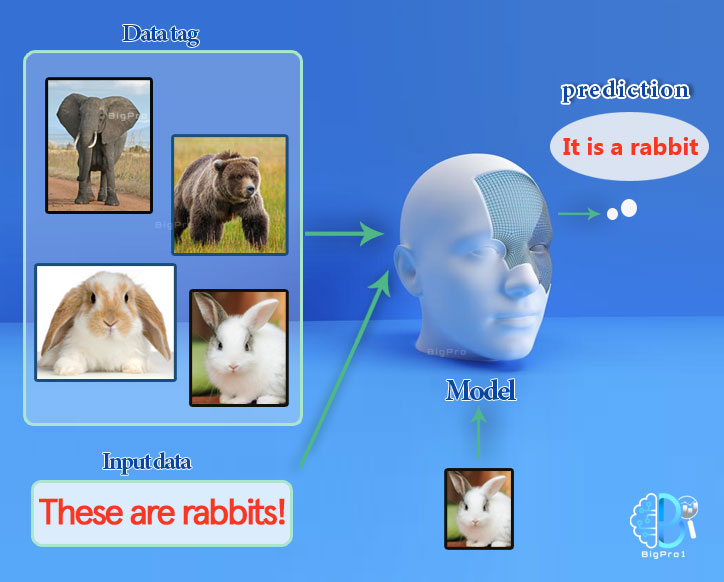 Bigpro1 allows users to perform their supervised machine learning projects with just a few simple clicks and without sufficient expertise in using the required tools, by registering the necessary parameters for these algorithms, and receive the most accurate and complete result.

What is supervised machine learning?

For example, you want to train a machine to help you predict how long it will take you to get home from work; here, you start by creating a collection of tagged data. This data includes: weather conditions, time of day and vacations. All these details are your input, output is the time it took to return home on that particular day. You know instinctively that if it rains outside, it will take longer to drive home. But the device needs data and statistics. The first thing you need to create is a training package, which includes the total travel time and related factors such as weather, time and so on. Based on this set of tutorials, your device may see that there is a direct relationship between the amount of rain and the time you will have to take to get home. Therefore, is assured that the more it rains, the longer you drive to get home. It may also observe the relationship between time to leave work and time to be on the road. The closer you get to 6pm, the longer it takes to get home. Your machine may find some connection to your labeled data. This is the beginning of your data modeling. It shows how rain affects people driving. It is also observed that more people travel at a certain time of the day. 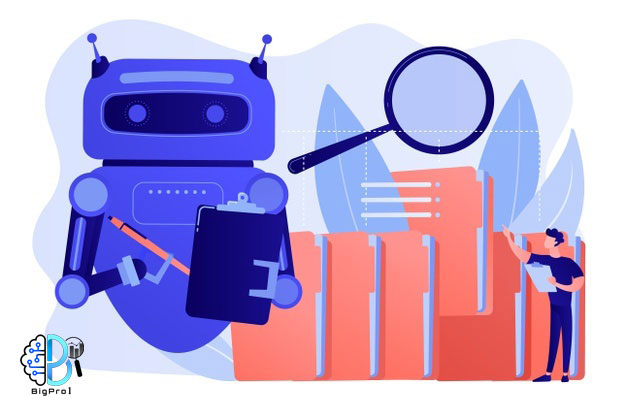 Regression tasks are different because they expect the model to establish a numerical relationship between input and output data. Examples of regression models include forecasting real estate prices based on zip code or predicting click-through rates in online advertising in relation to the time of day or determining the amount of money customers want to pay for a particular product based on their age. Regression algorithms include: linear regression, logistic regression, neural networks, linear segregation analysis, decision trees, similarity learning, Bayesian logic, random forests, support vector machine (SVM) The support vector machine is used in both the classification algorithm and the regression algorithm. The goal of the SVM algorithm is to create the best decision line or boundary that can separate the next n space into a class so that in the future the new data point can be categorized correctly. This boundary of the best decision is called the superplane.

Supervised machine learning has many applications in today’s world, some examples of which are: BioInformatics: This is one of the most well-known supervised learning programs because many of us use it in our daily lives. BioInformatics stores the biological information we humans have, such as fingerprints, iris tissue, earlobes, and more. Today’s cell phones are able to learn our biological information and can then be effective in verifying system security. Smartphones like the iPhone and Google Pixel are able to recognize faces, while OnePlus and Samsung are able to recognize a finger on the screen. Speech Recognition: This is a program in which you teach your voice algorithm and it can recognize you. The most well-known real-world applications are virtual assistants such as Google Assistant and Siri, which are only opened by the keyword with your voice. Object-Recognition for Vision: These types of programs are used when you need to identify something. You have a huge data set that you use to train your algorithm and can be used to identify a new instance. Raspberry Pi algorithms that detect objects are the most popular example.

Carry out a supervised machine learning project with Bigpro1

Nowadays, due to the special importance of machine learning and its algorithms such as supervised learning, researchers, business owners and students are looking to do their project in the best possible way.

But as mentioned above, doing a supervised machine learning project by oneself is difficult and time consuming because it requires a lot of tools and their use requires sufficient skills.

To perform the supervised machine learning project, users can enter their user dashboard and select the desired algorithm, enter the necessary parameters and submit their project to the Bigpro1 system and wait for the result of their project in the shortest possible time.

Click the button below to start your supervised learning project:

Login to Bigpro1 Dashboard
No results See all results